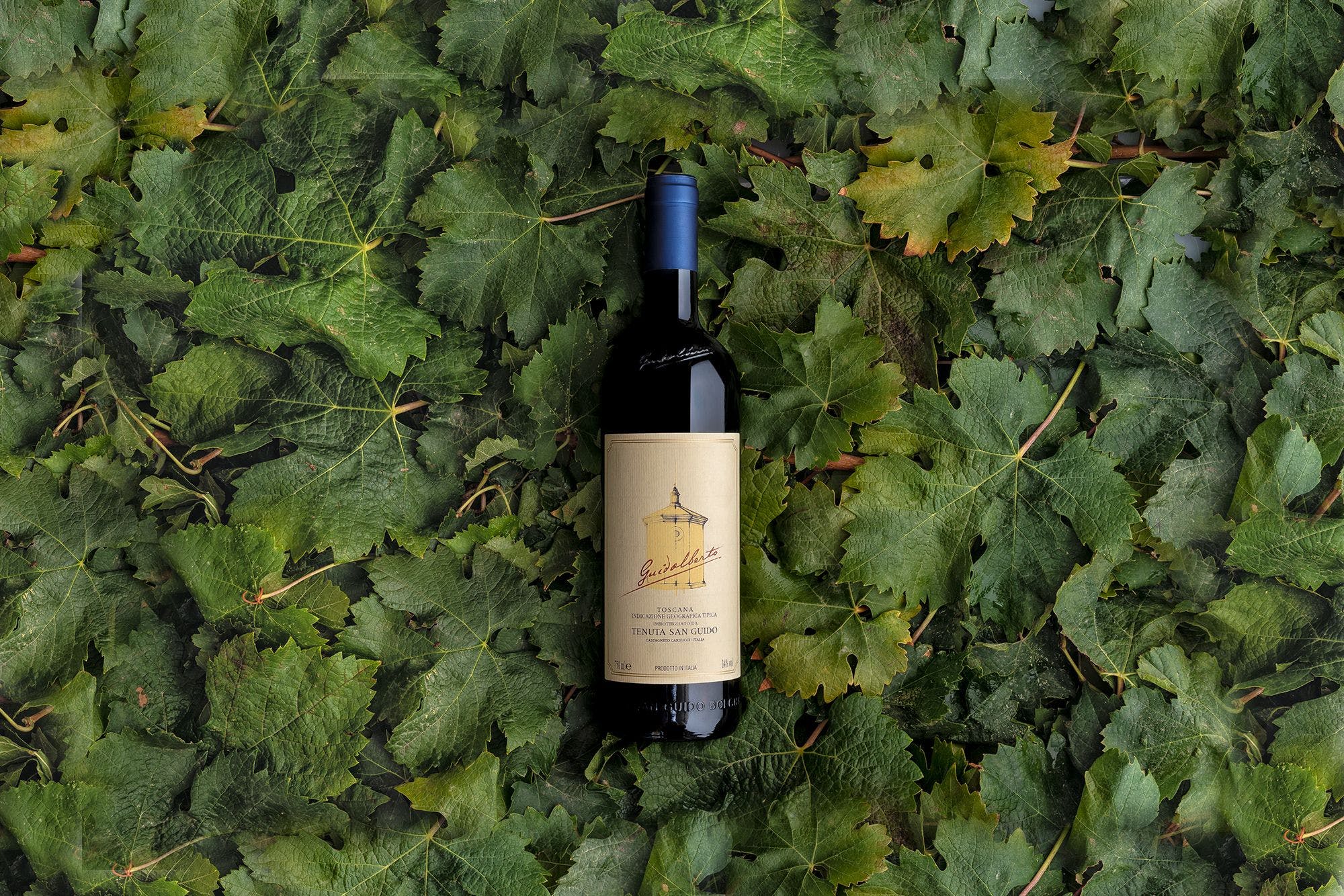 A blend in the Bordeaux style

Guidalberto marks the new millennium: the 2000 vintage appears on the market with less pretense than Sassicaia and with a more approachable drinkability, while showing a great aging potential. It is not intended to follow in the footsteps of Sassicaia, but rather be a wine that shows another expression of the Tenuta San Guido territory.
The label depicts the Oratory of San Guido and the wine is named after the family ancestor Guidalberto della Gherardesca, an agricultural pioneer in the Bolgheri area. It was in the first decades of the 1800’s when he built the first factories, and churches, and planned the avenue of cypress trees, the Viale dei Cipressi. These trees were initially used to mark the boundaries between the different crops. Its ornamental value, with the tall cypresses running in double rows, came after that.

A SIMILAR GENESIS TO SASSICAIA

After more than 20 years of analysis and experimentation Guidalberto, a blend of Cabernet Sauvignon and Merlot, is now a wine with a clear and temperament, a good interpretation of the territory. It embraces a younger style that seeks fragrance and sweetness on the palate, characteristics that Merlot can offer even with a relatively short ageing period.

“It has a satisfying drinkability, with its own personality different from Sassicaia, but similar in flavour and elegance. Its complexity and structure determine its great potential for ageing and refinement over a long period of time.”